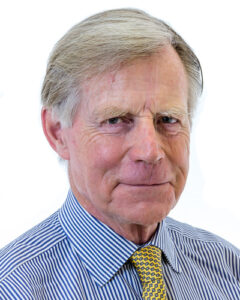 The E.S.O.P.R.S. awards a prize for the best research by a young scientist. At the close of the annual meeting the President of the Society will present the award. A skin hook inscribed “E.S.O.P.R.S. Junior Award” will be handed over to the winner at the next annual meeting. It is hoped that this award will inspire young scientists to increase their research and development in plastic, reconstructive, lid, orbital and lacrimal surgery. Abstracts to be submitted must meet the following requirement :

2. The abstract has to be submitted and has to be accepted by the Programme Committee before applying for the Junior Award.

3. The research must deal with the orbit and/or ocular adnexa. Basic research on anatomical histopathological or physiopathological problems, as well as clinical/experimental work will be accepted. The work must have been carried out in a European department and be original and unpublished.

4. Only one person per submission can apply for the award. Collaborative papers (maximum three investigators) will be accepted only if they represent exceptional or outstanding discoveries.

5. The deadline to apply for the award is 14th of August 2022. This requires a paper submission of up to ten pages, and an outline on how the money of the award would be used. This should be emailed to viviane.barbarisi@mcocongres.com

6. The winner must present a short outline on how they benefitted from the award at the next meeting of E.S.O.P.R.S.

7. The Jury of five members will be selected by the Committee. The jury will consist of the President, the Secretary, and three members of the committee. They will select the winning paper by majority vote.

Organisational remark: Applications for the junior award should kindly directed to the local organizer of the Annual Meeting at viviane.barbarisi@mcocongres.com and for information only to the secretary of ESOPRS, secretary@esoprs.eu.

2007 G. Casse – France
Videonystagmography as a tool to assess blepharospasm before and after surgery

Ocular Surface, Dry Eyes & Dacryology Symposium in Oct 2022 20-22nd.
This will be an NUH , ISD-DE & SSOPRS joint event.
This fully physical meeting will include Cadaveric Dissection, Live Surgery & Symposia, with reputed International Faculty from the region and around the world.
nuh-flier3_compressed