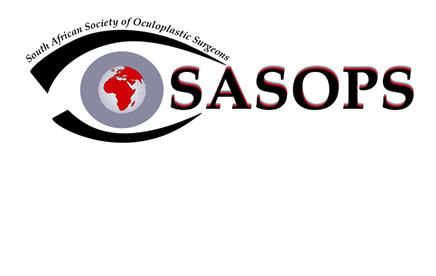 The Executive Council of ESOPRS is happy to announce the future collaboration of ESOPRS with theSouth African Society of Oculoplastic Surgeons (SASOPS) as partner societies.

SASOPS was formed in 2004 and held its first standalone annual meeting in 2007. Members of SASOPS are ophthalmic surgeons who have a keen interest in and perform oculoplastic surgeries. Fellowship training is not a mandatory requirement to become a member. Some of our members have overseas oculoplastic fellowship training though. We recently endorsed the first Fellowship in Ophthalmic Plastic Surgery, in conjunction with the University of Cape Town. This fellowship commenced in May 2020. Membership is also open to residents. Our society has 60 members at present.

Our annual meeting is open to all ophthalmic surgeons (local and international) who have a keen interest in oculoplastic surgery. We have hosted eminent speakers from all over the world over the years, notably Bill Nunery, Richard Colin, Jeff Nerad, Tony Tyers, Geoff Rose, Christine Nelson, David Verity, Dinesh Selva, Daniel Briscoe, to name a few.

Our society was recognized as a partner society of the American Society of Ophthalmic Plastic and Reconstructive Surgery (ASOPRS) as well as the International Council of Ophthalmology in 2019.

We believe that these partnerships with established societies will lead to long term academic collaborations and assist us in advocating for our patients as well as for our sub-specialty.

ESOPRS looks forward to a fruitful exchange of scientific knowledge between the two societies.

Updated: 5th April 2020 Dear ESOPRS Members, The current COVID-19 pandemic – caused by Severe Acute Respiratory Syndrome Coronavirus 2 (SARS-CoV-2) – has caused an unprecedented international public health challenge. Having first spread in parts of China, it has subsequently spread to more than 100 other countries, with Italy, Spain, and Germany currently bearing the brunt of the disease and its complications in Europe. Although the great majority of individuals affected by COVID-19 will have mild to moderate symptoms, the virus is highly... read more

During the last Annual Meeting of ESOPRS in Hamburg it was decided that the Israeli Society of Ophthalmic Plastic & Reconstructive Surgery (ISOPRS) is formally associated with ESOPRS as a sister society. ESOPRS has many active international members from Israel and the Councils of both societies were keen to formally collaborate in scientific events in the future. ESOPRS has collaborations with larger societies representing multiple nations (Asian Pacific Society of Ophthalmic Plastic & Reconstructive Surgery APSOPRS) or large united nations... read more

On the 5th of February the digital ESOPRS/ASOPRS symposium on ’Nuances in Periocular Reconstruction’ was held. The two hour interactive Meeting was well attended by more than 400 attendees from the US, Europa and other parts of the world. Regretfully, due to technical reasons not all who had wanted to register for the Meeting were able to. The recorded symposium is available here for ESOPRS members.The organizers were Dr Richard Allen, Dr Eva Dafgard Kopp, Dr Francesco Quaranta Leoni,... read more