On the 5th of February the digital ESOPRS/ASOPRS symposium on ’Nuances in Periocular Reconstruction’ was held. The two hour interactive Meeting was well attended by more than 400 attendees from the US, Europa and other parts of the world. Regretfully, due to technical reasons not all who had wanted to register for the Meeting were able to. The recorded symposium is available here for ESOPRS members.

Although some priorities and principles apply to eyelid reconstruction, it appeared that broad variety exists with regard to e.g. the role of ‘laissez faire’ and the role of large flaps. There remains a highly inter-individual variety for the choice of surgical techniques in the management of patients with eyelid defects. This may depend on the past training of surgeons, new insights on how to protect to cornea and ocular function, and newly available techniques that aim to restore not only function but also minimize cosmetic deformity. An optimal cosmetic outcome is especially important for the younger patients, who also prefer a fast recovery.

We thank all who contributed to and attended this interesting ESOPRS/ASOPRS webinar, which will likely have a sequel in the future. 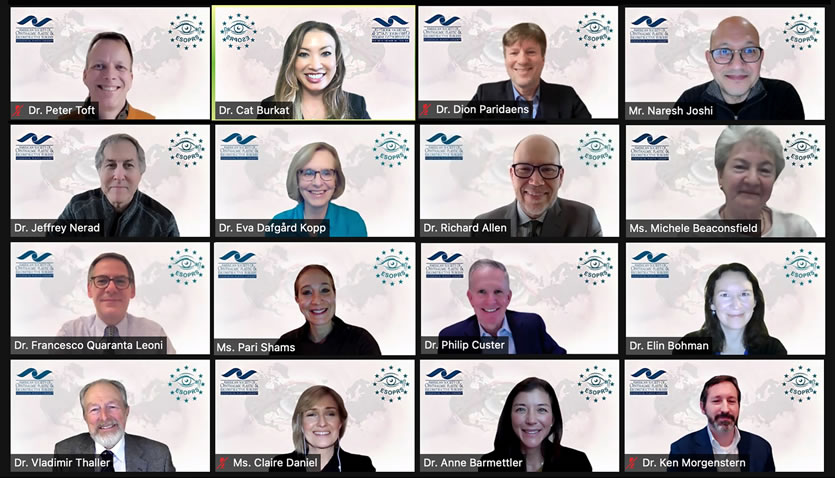 To increase the communication between members on the forum, each subscribed member now gets an email when new posts are added to the “All Case Discussions” forum. You can turn off the email notification from the forum. Click on the “All Case Discussions” to enter the specific forumIf you are “Subscribed” to get email notification it will have a yellow box to allow you to “Unsubscribe” if you wish.If you are not subscribed, you can click “Subscribe to this forum”... read more

Ocular Surface, Dry Eyes & Dacryology Symposium in Oct 2022 20-22nd.
This will be an NUH , ISD-DE & SSOPRS joint event.
This fully physical meeting will include Cadaveric Dissection, Live Surgery & Symposia, with reputed International Faculty from the region and around the world.
nuh-flier3_compressed