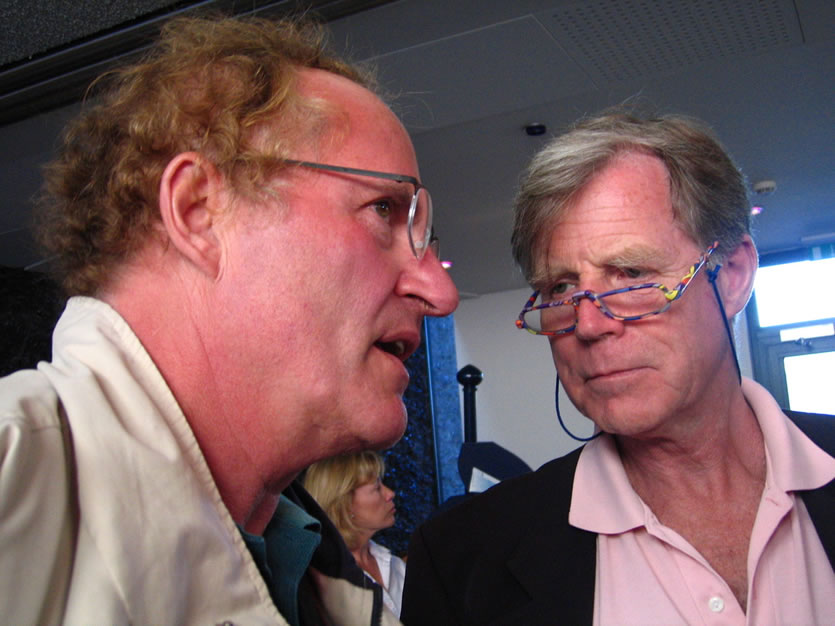 It is our sad duty to announce the unexpected passing of our friend and colleague Holger Busse last Saturday, 29.8.2020. As many of us will know, Holger was one of the founders of ESOPRS in the early eighties last century. He was the Chair of the University Eye Hospital in Münster for 24 years from 1986 – 2010. In 1998/99, Prof. Busse was President of the German Ophthalmological Society, DOG. In 2001-2003 he served to ESOPRS as President and organized the marvellous, well-attended 20th meeting of ESOPRS in Münster in 2002.

In 2004 he was invited to give the Mustarde-Lecture entitled “Lacrimal Surgery – Yesterday, Today and Tomorrow”. Though being a General Ophthalmologist with many contributions to different subjects, oculoplastic and lacrimal surgery have been closest to his heart and so he has given a lot of contributions to these special topics, hence he is regarded as the Father of modern lacrimal surgery in Germany.

Holger Busse was a man of many talents in sports and especially in music. We all remember many songs, partially written and composed by him, entertaining us playing piano at the same time.

We will miss him enormously and our thoughts and warmest wishes go to his wife Sabine and the children.

For all the friends of ESOPRS

During the last Annual Meeting of ESOPRS in Hamburg it was decided that the Israeli Society of Ophthalmic Plastic & Reconstructive Surgery (ISOPRS) is formally associated with ESOPRS as a sister society. ESOPRS has many active international members from Israel and the Councils of both societies were keen to formally collaborate in scientific events in the future.ESOPRS has collaborations with larger societies representing multiple nations (Asian Pacific Society of Ophthalmic Plastic & Reconstructive Surgery APSOPRS) or large united nations... read more

Dear Colleagues,CHALLENGING CLINICAL CASESAs we all know, the COVID-19 pandemic has caused an unprecedented public health challenge, and we were forced to postpone our Annual Meeting a full year. Hopefully we will physically meet again in Naples in September 2021.In the meantime, to serve our members and those interested in our teaching activities, we held several webinars on various topics relating to challenging cases in Oculoplastics, Lacrimal and Orbital Surgery: a live ESOPRS Academy. We will continue in 2021... read more

The ESOPRS Committee congratulates the new ESOPRS members, who were accepted in 2012! New-members-list-2012.pdf (119 KB) read more