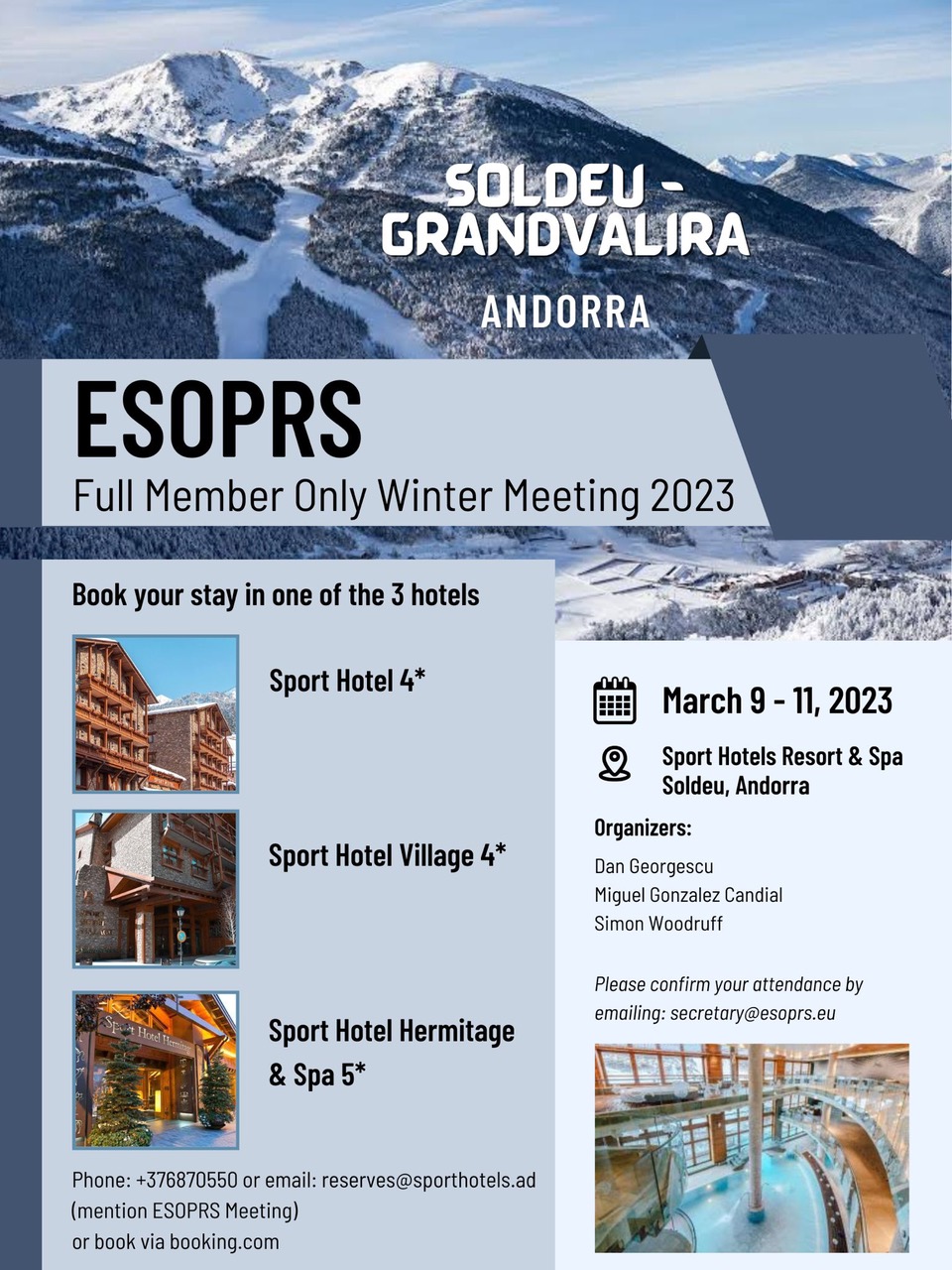 ESOPRS winter meeting 2023 will be held from 9th to 11th march 2023 at the Sport Hotel Hermitage & Spa, Soldeu-Grandvalira, Andorra.

Please note the meeting will be only open to FULL and INTERNATIONAL ESOPRS members.

More information can be found at https://www.esoprs.eu/news/event/esoprs-2023-winter-meeting/ 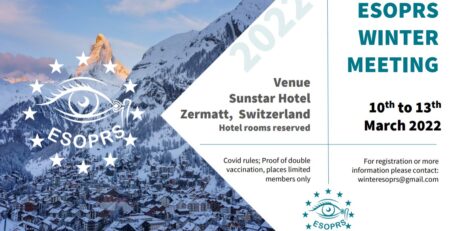 ESOPRS winter meeting 2022 will be held from 10 to 13 march 2022 at the Sunstar hotel, Zermatt, Switzerland.Final deadline for registration is the 12th of January 2022, but places are limited and full is full.Please note the meeting will be only open to FULL and INTERNATIONAL ESOPRS members, AND note the venue only allows people with proof of double vaccination for corona.For registration, meeting and/or travel information, please contact us at winteresoprs@gmail.com read more

ESOPRS is involved in a number of sessions during the SOE 2017 Congress. A stimulating and exciting scientific programme includes a Keynote Lecture from former ESOPRS President Mr Anthony Tyers, but also other ESOPRS members and Committee Members will speak at various sessions. It is once again expected that over 3500 delegates from over 100 countries will attend the Congress and promises to be another very successful SOE Congress.For further information please visit: www.soe2017.org read more

Apply for an ICO Fellowship

Join the more than 1,200 ophthalmologists from 84 countries who have been granted ICO Fellowships. The ICO Fellowships program supports promising young ophthalmologists from low resource countries in improving their practical skills and broadening their knowledge of ophthalmology.Apply for three-month, six-month or one-year opportunities with top host organizations around the world. Once your fellowship is complete, you’ll take your learnings and experiences back to your home country to enhance vital programs that preserve vision and prevent vision impairment. read more