We would like to share the very sad news of the sudden death of Bruno FAYET on Friday August 18th, 2022.

Bruno FAYET, MD, FACS, was undoubtedly among the very best French lacrimal surgeons we have known.

First resident, in the eighties, at Paris University Hospital during five years, he then attended a four-year fellowship at the Hôtel-Dieu under the leadership of the well-known Professor Yves POULIQUEN, Member of the Académie française.

During this time, his lacrimal mentor was Doctor Jean-Antoine BERNARD with whom he continued to collaborate for many years.

Then Bruno FAYET greatly improved his field by teaching and training numerous French and International ophthalmologists. Every year, he organized, together with a team, lectures at the Hôtel-Dieu on oculoplastic and lacrimal surgery.

He was invited all over France and Europe to participate in post-graduate programs. In the past years, beside his private practice, he was consultant at the Cochin Hospital in Paris.

In parallel to his educational engagements, he modified, improved, and popularized lacrimal surgery techniques in endonasal DCR as well as in lacrimal intubation. He contributed, with his ENT friend, Doctor Emmanuel RACY, to standardize the endo-nasal DCR in France, and created some new devices, worldwidely used in lacrimal surgery, mainly indicated in congenital lacrimo-nasal duct obstructions of children.

Author of more than seventy-five referenced papers (as well as one hundred unreferenced ones) in lacrimal topics, he was also the co-author of several books among which the 2006 French Ophthalmic Society’ Report, written with Professors Alain DUCASSE, Jean-Paul ADENIS, Jean-Luc GEORGE and me (J.-M. R.), devoted to lacrimal diseases, and participated to the report of Ophthalmic Emergencies edited by Professor Jean-Louis Bourges.

He was, most of all, extremely friendly, open minded, generous with his knowledge, very faithful with his friends, always full of humor and humanity. He will be greatly missed.

The ESOPRS committee and all of his colleagues and friends would like to express their very sincere condolences to his wife, Patricia, and their two sons, Yann and Clément, in these very dark days. 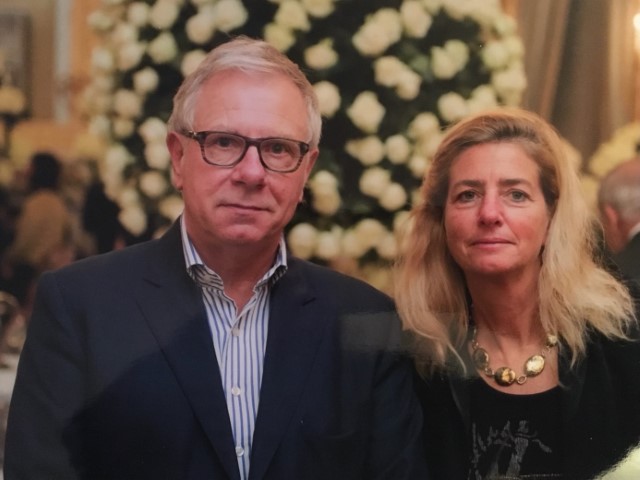 Dear Colleagues,CHALLENGING CLINICAL CASESAs we all know, the COVID-19 pandemic has caused an unprecedented public health challenge, and we were forced to postpone our Annual Meeting a full year. Hopefully we will physically meet again in Naples in September 2021.In the meantime, to serve our members and those interested in our teaching activities, we held several webinars on various topics relating to challenging cases in Oculoplastics, Lacrimal and Orbital Surgery: a live ESOPRS Academy. We will continue in 2021... read more

Dear ESOPRS Colleagues,A message of support from your ANZSOPS colleaguesIn a breathtakingly short time the COVID-19 pandemic has spread across the world bringing terrible loss of life, wreaking havoc with health services and threatening the livelihood of millions as businesses struggle to remain afloat during widespread lockdown of entire countries.Many of you, your families, friends and colleagues will already have been affected by these events. To those who have lost loved ones or colleagues, we extend our most heartfelt... read more

ESOPRS membership annual subscription fees have not been increased for a very long time. From 2013 onwards the annual membership fees for Full members and International members will increase from 60.00 € to 80.00 €, for Candidate members from 25.00 € to 40.00 € and for Associate members from 35.00 € to 80.00 €. This was approved by the AGM. The membership fee can easily be paid on the ESOPRS website, using the PayPal system.The Committee has also decided to make... read more

Update 8th November 2019 - Pre programme added.We are organizing from the 23rd to the 25th of January 2020 the ESOPRS WINTER MEETING in Val d 'Isère (France).For this edition, the ESOPRS Winter Meeting will be joint to the French REGARDS CROISES meeting.(more…) read more