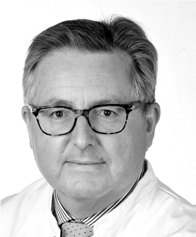 Christoph Hintschich, MD, FEBO, graduated in Ophthalmology at the Ludwig-Maximilians-University of Munich/Germany, before he specialized in Eyelid & Orbital Surgery. He was fellow to C. Beyer-Machule/ Munich, J.R.O. Collin / London and L. Koornneef / Amsterdam. In 2002, he was appointed as a full professor of Ophthalmology at the LMU Munich, where he is heading the Oculoplastic and Orbital Service, involved in patient care, teaching and research. In 1993 he became full member of ESOPRS, from 2006 – 2014 he was ESOPRS secretary. He is Fellow of the European Board of Ophthalmology (FEBO) and member of EUG OGO.

For more than two decades, he is running a multidisciplinary orbital clinic and a Graves’ clinic, and is organizing the Munich Beyer-Machule course on eyelid surgery and the Orbital Symposium. Christoph Hintschich has been an invited lecturer and guest surgeon in various countries, and had numerous international fellows. His main professional interests are functional and aesthetic eyelid surgery and orbital surgery, in particular ptosis surgery, surgical rehabilitation in Graves´ disease and anophthalmic socket management.

Keynote Speakers in order of appearance 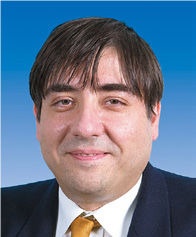 Dr. Murat Dogru, born in Turkey, is a current permanent resident of Japan and is the first academician from Turkey and the whole continental Europe to acquire a Japanese Medical License to practice in the field of Ophthalmology. Dr. Murat Dogru is an internationally recognized expert in ocular surface disorders, dry eyes, ocular allergy and ocular inflammation. He conducts both basic and translational research in the field of corneal and ocular surface inflammation and oxidative stress. He studies the molecular and cellular mechanisms of ocular inflammation with applications to autoimmunity, dry eye disease, contact lens wear and ocular allergy.

An executive board member of the international Tear film and Ocular Surface Society, Asia Dry Eye Society and Japan Dry Eye Research Society, Hakone Dry Eye Club and a fellow of the Association for Research in Vision and Ophthalmology (ARVO), he has authored more than 230 peer-reviewed articles and book chapters, and has presented more than 200 invited and named lectures worldwide. His published work has been read and cited more than 8,200 times. Dr. Dogru’s research has led to several successful grant applications to the Japanese Ministry of Health and the Japan Society for the Promotion of Science where he was registered as an official researcher of Japan in 2002. His research is also supported by several continual industry grants. Dr. Dogru has trained several clinical fellows, postdoctoral fellows and students in Turkey and in Japan over 8 countries to date, the significant majority achieving full-time academic positions in ophthalmology and vision research in their respective countries. Dr. Murat Dogru currently is a practicing ophthalmologist and a researcher with a research laboratory in Keio University School of Medicine, Tokyo, Japan. 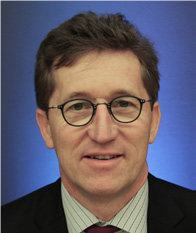 Prof. Geeerling completed his medical training in 1992 at Rheinisch-Westfälische Technische Hochschule (RWTH), Aachen and specialised in Ophthalmology at the University of Lübeck (both in Germany). He received subspecialty training at Moorfields Eye Hospital, London in Cornea and Oculoplastic surgery and in Glaucoma surgery at the University of Würzburg, Germany.

Professor Geerling’s clinical and scientific interest is focussed on severe ocular surface diseases and its interaction with the ocular adnexae, especially transplantation surgery and new Lasers. In these fields he was granted scholarships by the Deutsche Forschungsgemeinschaft (DFG), the Gertrud Kusen Foundation and the Special Trustees of Moorfields Eye Hospital in London, England, obtained more than 2.5 Mio. € grant money and published more than 200 peer-reviewed manuscripts, 20 chapters and 4 books. He has received several national and international awards. 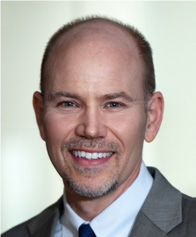 Dr. Allen is a member of ASOPRS, the Orbital Society, ESOPRS, the North American Skull Base Society, and the American Eye Study Club. His research interests include oncologic and genetic diseases of the eyelids, orbit, and lacrimal system. He sees patients at Alkek Eye Center, Texas Children’s Hospital, MD Anderson Cancer Center, and Ben Taub General Hospital. He resides in Houston, TX with his wife Missy, son Augustus, and daughter Astrid. 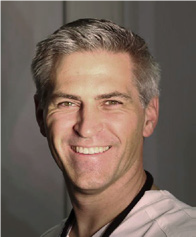 Dr Roos is a London-based oculoplastic surgeon and father to Emil & Teddy. He is a fellow of both the Royal College of Ophthalmologists and the European Board of Ophthalmology.

Jonathan is Swedish but grew up in Switzerland and Southern France. He trained at the University of Cambridge and was selected for its highly competitive combined MD/PhD programme. His thesis research, performed at both Cambridge and Harvard Universities, was recognized by awards from the American Society for Hematology, the American Neurological Association and also won the University of Cambridge’s two-yearly Gedge Prize for Physiology.

He is on the specialist register in both Sweden and the UK; he is a full member of the European Society of Oculoplastic and Reconstructive Surgery and co-president of its young section. He was Chief Resident in Ophthalmology and sat on the Royal College’s training Committee. He has acted as advisor to an OECD government’s review board on orphan drug pricing; he is passionate about access to medicine and established a collaboration between Cambridge and Harvard to address the cost of drugs. He has published extensively in this area – including in the BMJ and the Lancet – with his wife Hanna who is a leading London disputes lawyer.

His current research includes a national surveillance study for which he was awarded the Richard Collin Award from the British Oculoplastic Surgical Society (BOPSS) as well as research into Thyroid Eye Disease for which he won the ITEDS presentation prize in Singapore in 2019 as well as the BOPSS best academic paper in oculoplastic surgery in 2019.

He currently works at Moorfields Eye Hospital as adnexal and orbital fellow. He is a passionate sailor and part of a circumnavigating race team. 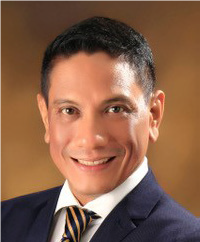 Dr. Henson finished his ophthalmology residency at the International Eye Institute, St. Luke’s Medical Center, Quezon City, Philippines. He followed the footsteps of his father, Dr. Ruben G. Henson, Jr., an oculoplastic surgeon and a founding member of the Philippine Society of Ophthalmic Plastic and Reconstructive Surgery. Dr. Henson took his oculoplastics fellowship at the St. Francis Medical Center, University of Hawaii, USA under the tutelage of Dr. Jorge Camara. He did the first laser tear duct surgery in the Philippines in 2000 and the first case of Balloon Dacryoplasty in 2005 at the St. Luke’s Medical Center. He has published numerous articles in peer-reviewed journals and has lectured on oculoplastic procedures locally and internationally. His interests are in lacrimal surgery, eyelid surgery and eyelid-orbital trauma. Dr. Henson is a founding member and president of the Asia-Pacific Society of Ophthalmic Plastic and Reconstructive Surgery. He is also the president of the Philippine Society of Ophthalmic Plastic and Reconstructive Surgery. 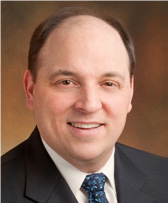 William Rocamora Katowitz, MD is an Associate Professor of Clinical Ophthalmology at the Perelman School of Medicine at the University of Pennsylvania in Philadelphia, USA.

He has an active orbital and oculoplastic surgery practice that is almost solely focused on pediatric patients at the Children’s Hospital of Philadelphia. Dr. Katowitz was a resident in ophthalmology at the Scheie Eye Institute at the University of Pennsylvania from 2002-2005. He then completed three fellowships: a one-year fellowship in pediatric ophthalmology at the Children’s Hospital of Philadelphia, a two-year American Society of Ophthalmic Plastic and Reconstructive Surgery (ASOPRS) fellowship in oculoplastic and orbital surgery at the University of Pennsylvania and the Children’s Hospital of Philadelphia, and finally a one-year fellowship in orbital and lacrimal surgery at Moorfields Eye Hospital NHS Foundation Trust in London, UK. Dr. Katowitz was appointed to the faculty at the Children’s Hospital of Philadelphia and the University of Pennsylvania in 2008. He became director of his own ASOPRS fellowship in 2016 and also trains an international fellow. In 2018 Dr. Katowitz coedited the text Pediatric Oculoplastic Surgery (2nd edition) with James Katowitz, MD. He is a member of ASOPRS as well as the American Association of Pediatric Ophthalmology and Strabismus. This year Dr. Katowitz was invited to join the Orbital Society. He is also a founding member of the North American Society of Academic Orbital Surgeons. 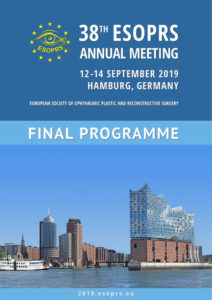